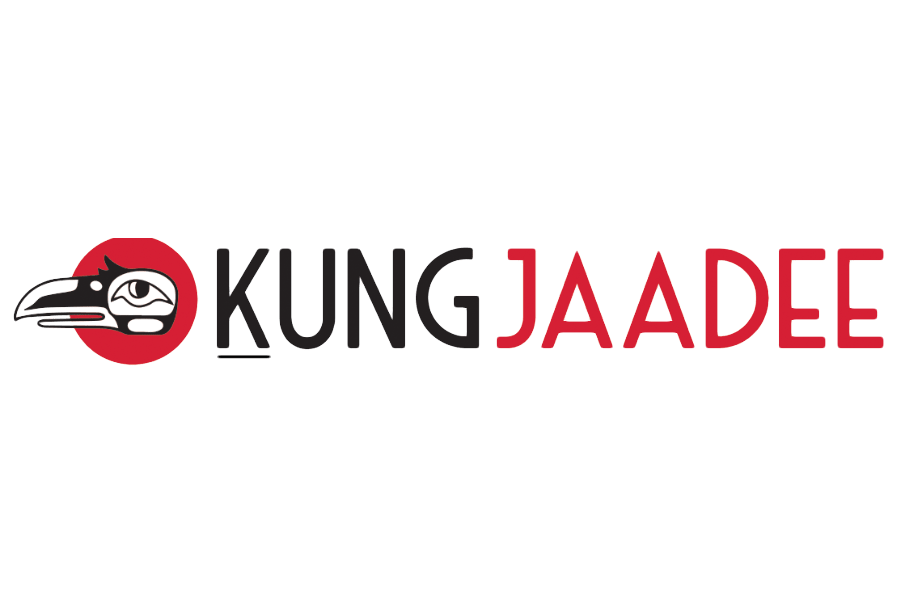 Kung Jaadee (Roberta Kennedy) is a professional storyteller, educator and published author belonging to the X̱aayda (Haida),  xʷməθkʷəy̓əm (Musqueam) and Sḵwx̱wú7mesh (Squamish) First Nations. Her Haida name, Kung Jaadee, means ‘Moon Woman’ and was presented to her at her great uncle’s memorial feast by her cousin Crystal Robinson. Over the past 28 years, she has performed traditional Haida legends, while also sharing vivid personal stories about her clan’s survival of the smallpox epidemic, and  the history and culture of her people. She has performed at hundreds of festivals, schools and Aboriginal celebrations across Canada. She is the author of  the popular children’s books, Raven’s Feast and Gifts from Raven (selected as a Local BC Book to Read), as well as curriculum textbooks, Haida Nation: Indigenous Communities in Canada and We Are Home. Her stories have also been published in several anthologies, magazines and online publications. Most recently, Kung Jaadee worked as the Vancouver Public Library’s Indigenous Storyteller in Residence.

Through six professionally recorded videos, Kung Jaadee shares the telling of famous Haida legends about Raven (Yaahl), the creator of the world, and their universal teachings. Enjoy the stories of “Raven Brings the Water,” Raven’s Brings the Light” and “Raven’s Feast,” along with some songs.  She also shares Haida and Squamish legends about salmon, teaches some basic words in X̱aad Kil (Haida language), and shows her traditional regalia.

Through nine professionally recorded videos, Kung Jaadee shares her telling of Sḵwx̱wú7mesh (Squamish) legends popularized by Indigenous activist and poet E. Pauline Johnson’s book, “Legends of Vancouver.” The legends include Slhx̱i7lsh (Siwash Rock); Ch’ekxwa’7lech (Lost Lagoon); the Two-Headed Sea Serpent; Ch’ich’iyúy Elxwíkn (Two Sisters  a.k.a Lions mountains); How the Salmon Came to the Squamish People; The Great Flood Story; and How the Sḵwx̱wú7mesh People Came To Be. Her uncle, Bob Baker (S7aplek), an elder and leader of Spakwus Slulem (Eagle Song Dancers), is also featured in a storytelling video and also sings a couple of songs.

You can add on a 30-minute virtual visit with Kung Jaadee for your class or the entire school to aks her questions and discuss her history and culture.

Haida stories features 6 videos with Kung Jaadee sharing tales about Raven, the trickster and creator of the world. Includes a regalia show and tell, Raven songs and a reading of her published book.

Kung Jaadee and her Squamish uncle and elder Bob Baker (S7aplek Lanakila) share popular Squamish legends filmed in Stanley Park and Schenks (Schètx̱w) and Chekwelp (Ch'ḵw'elhp), what is now known as Gibsons. There are 9 videos featuring the legends of Siwash Rock, The Two Sisters (The Lions), Lost Lagoon, How the Salmon Came to the Squamish People, The First Man & How the Squamish People Came to Be, The Great Flood Story, The Two-Headed Serpent & Serpent Slayer. Bob Baker also shares a couple of Squamish songs about the canoe and totem pole.

Once you purchase a class or school licence, you’ll have access to the artist’s virtual program(s) as many times as you like until the end of the school year.

You also have the option of adding on a 30-minute Virtual Visit with the artist for your class or the entire school. This will be delivered through Zoom, Teams or Google Meet. 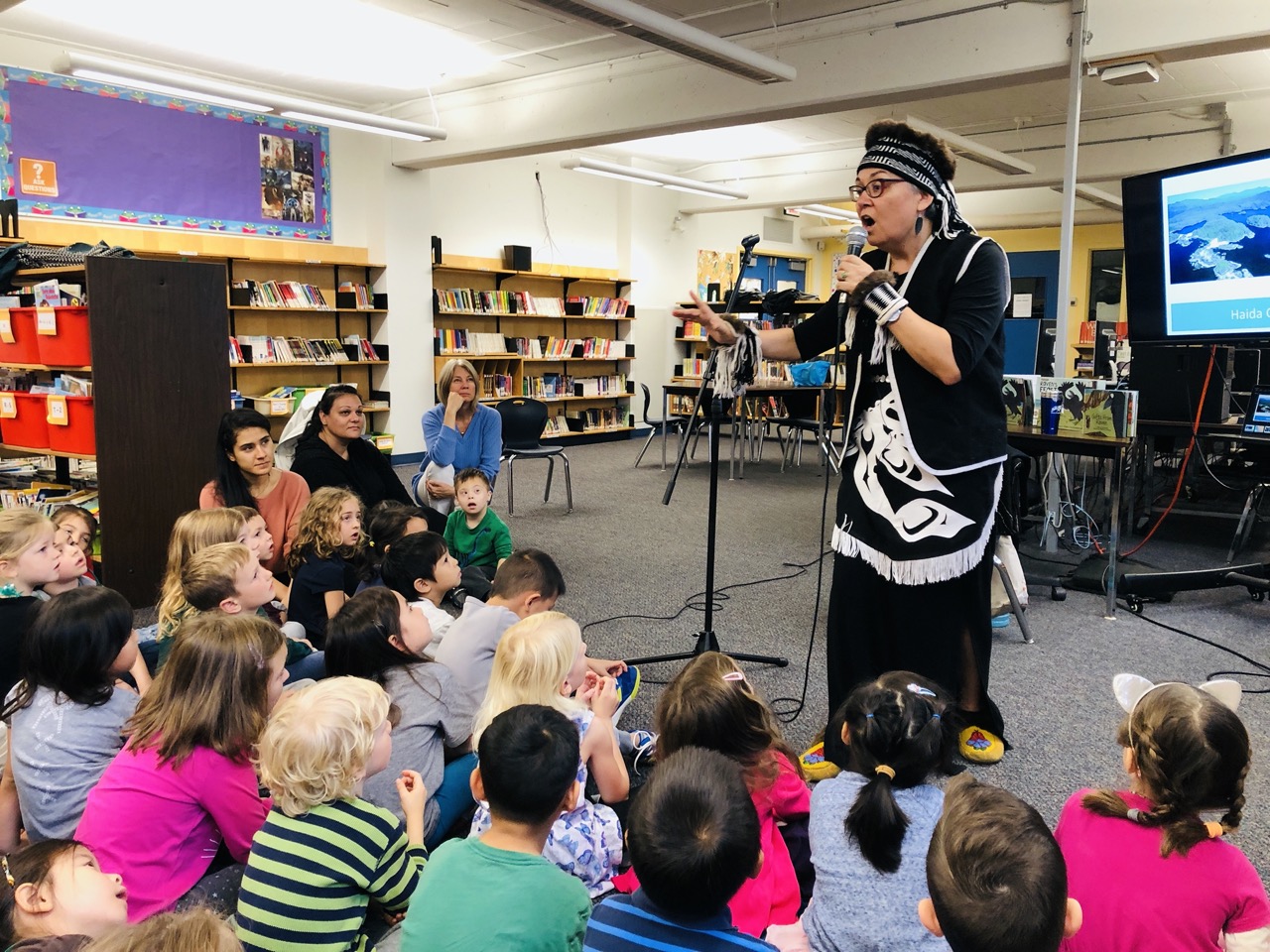 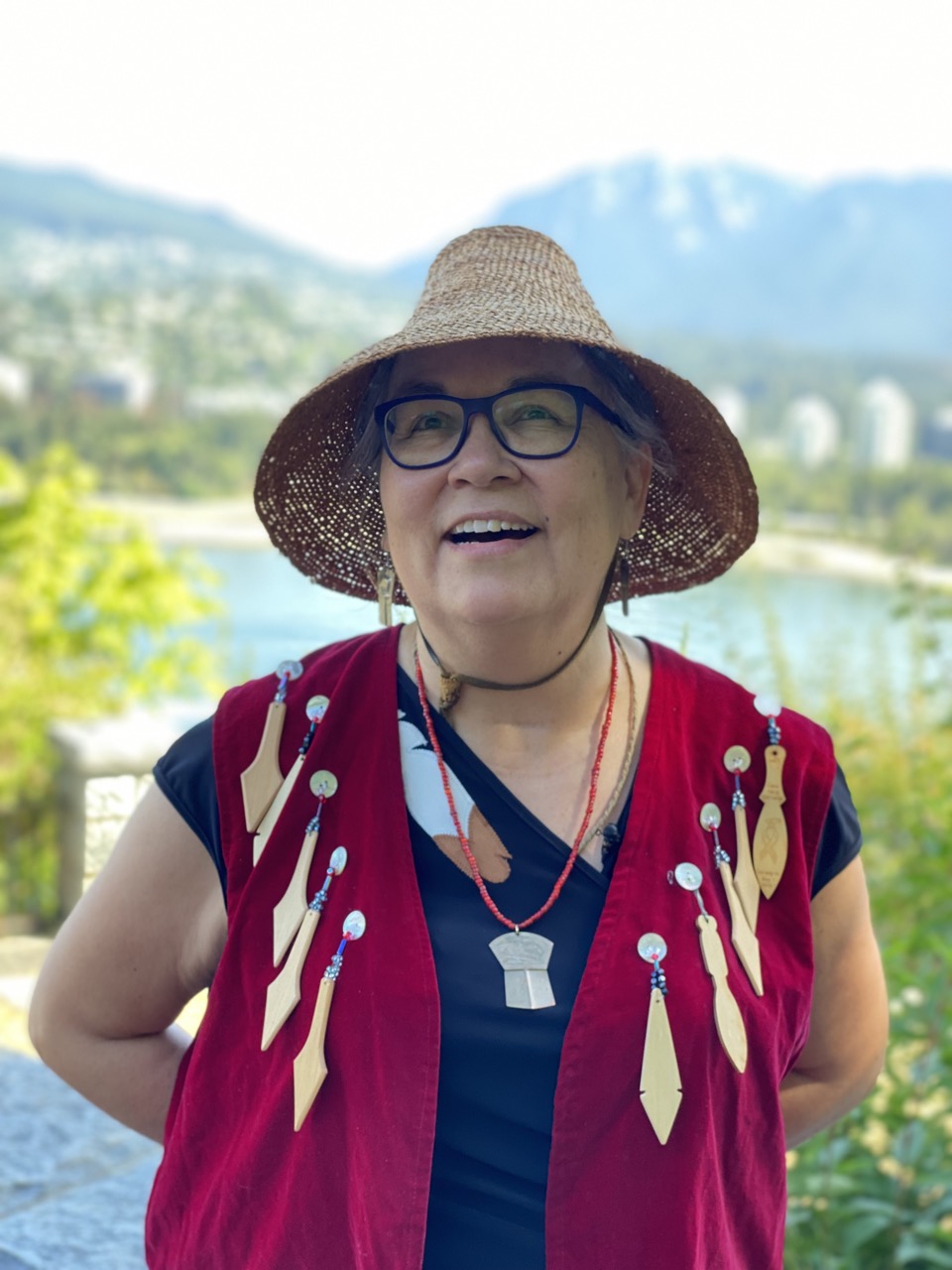 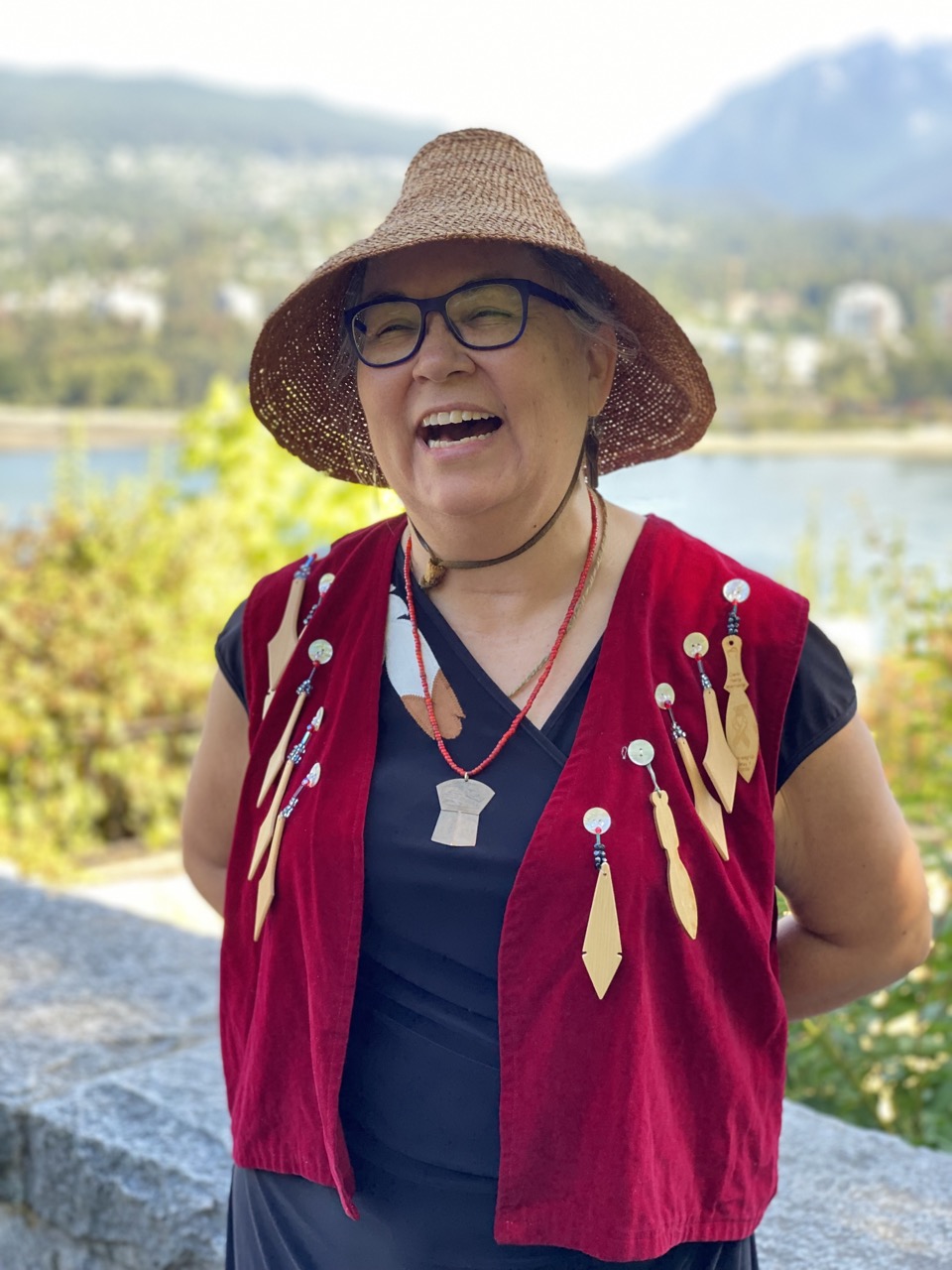 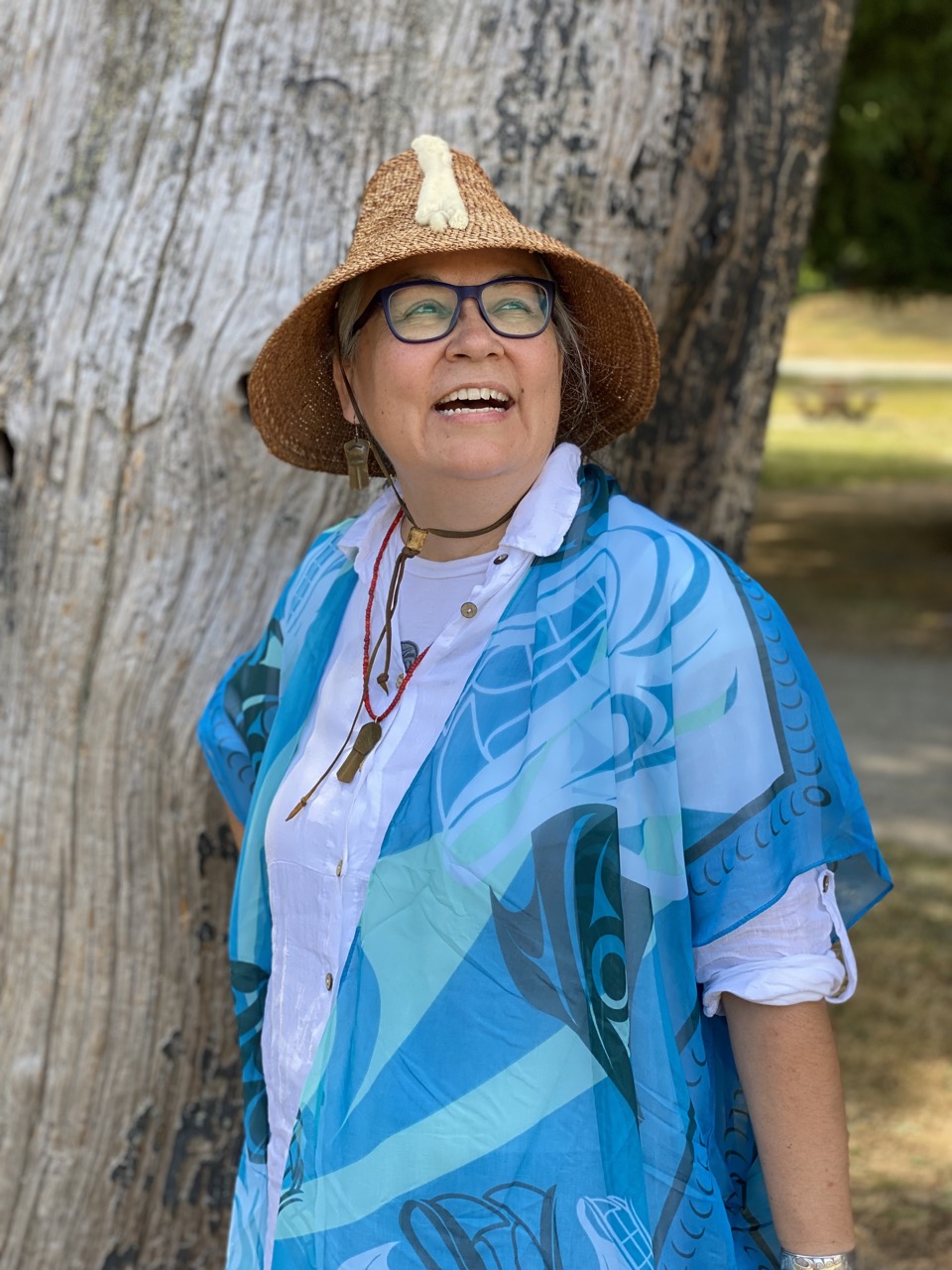 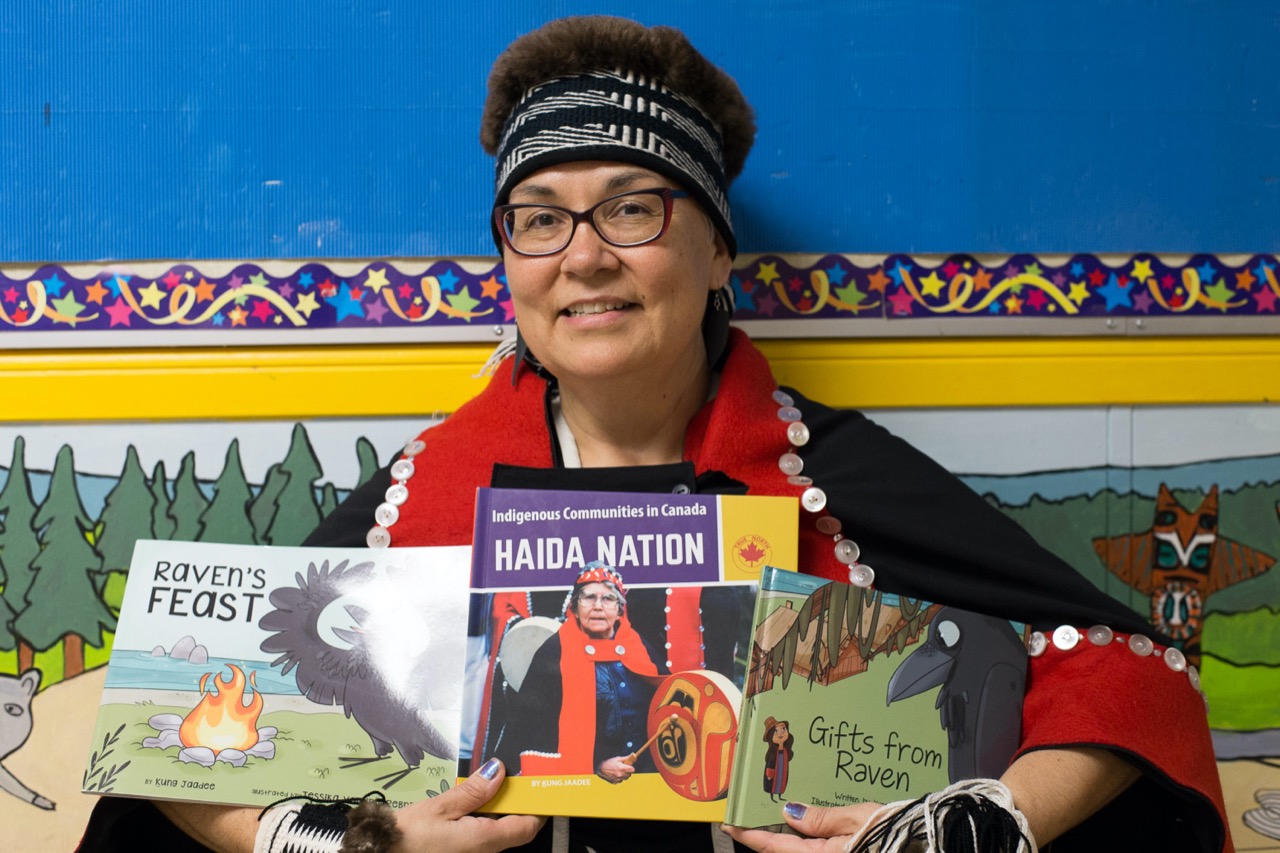 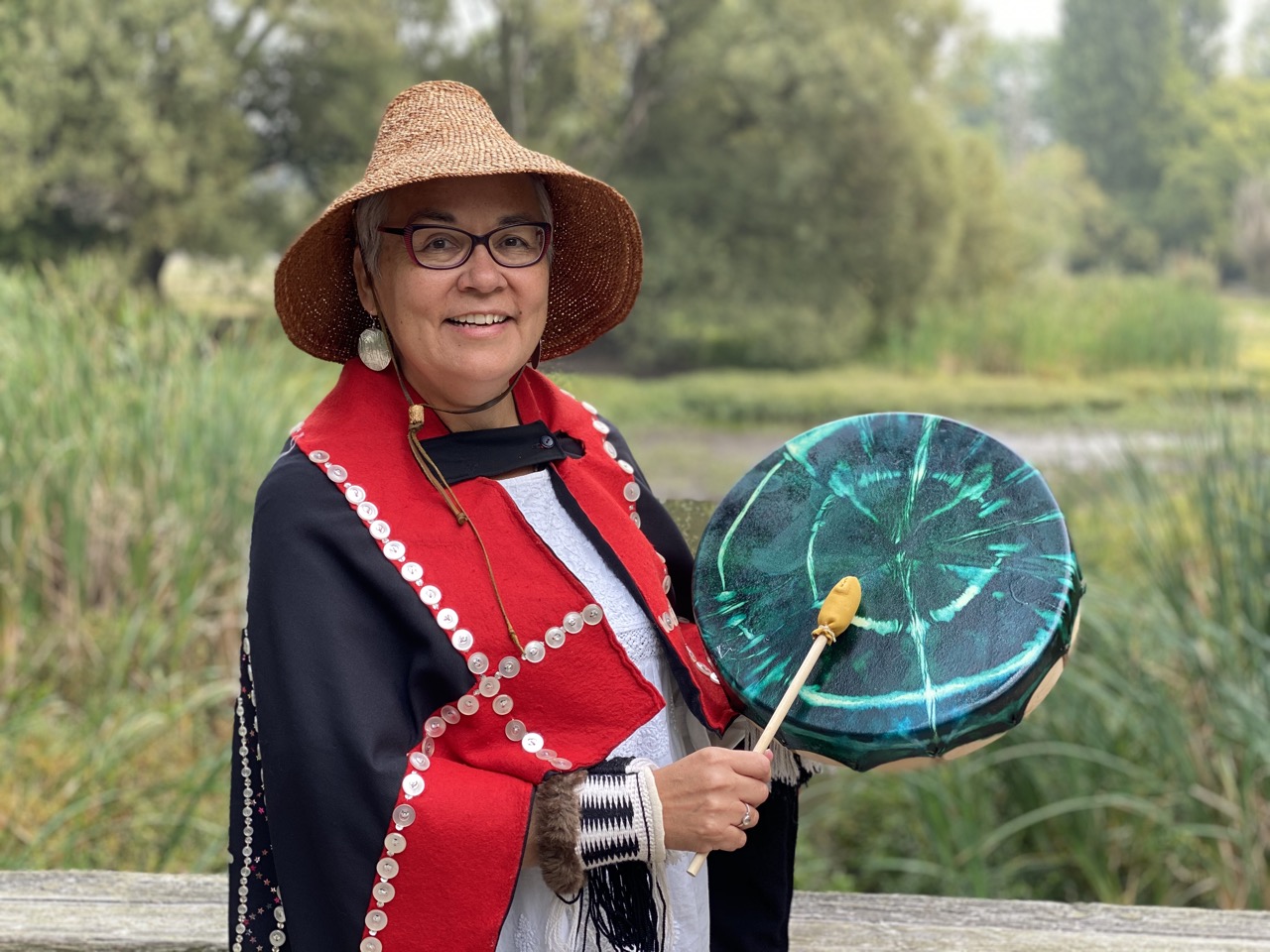 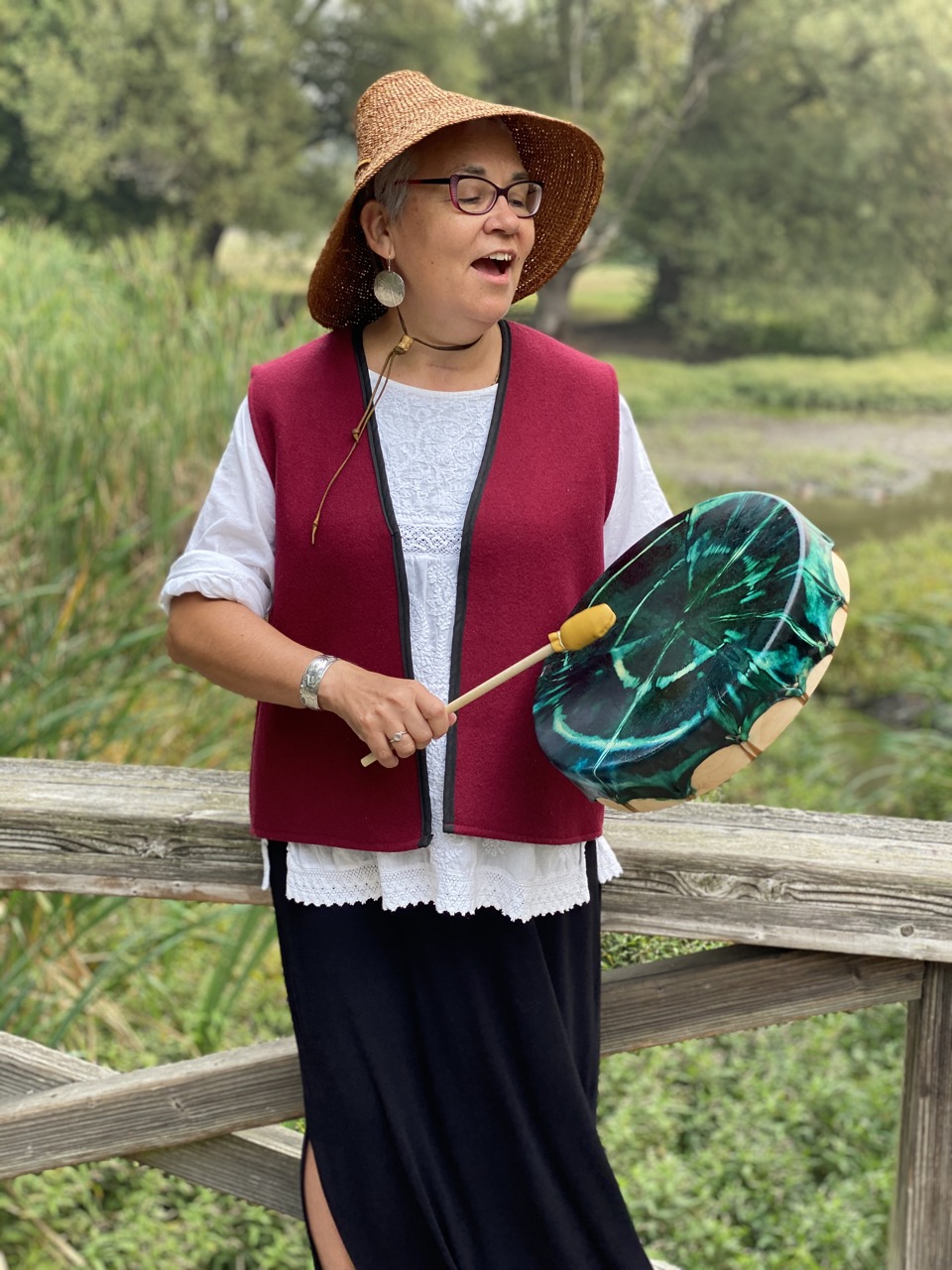 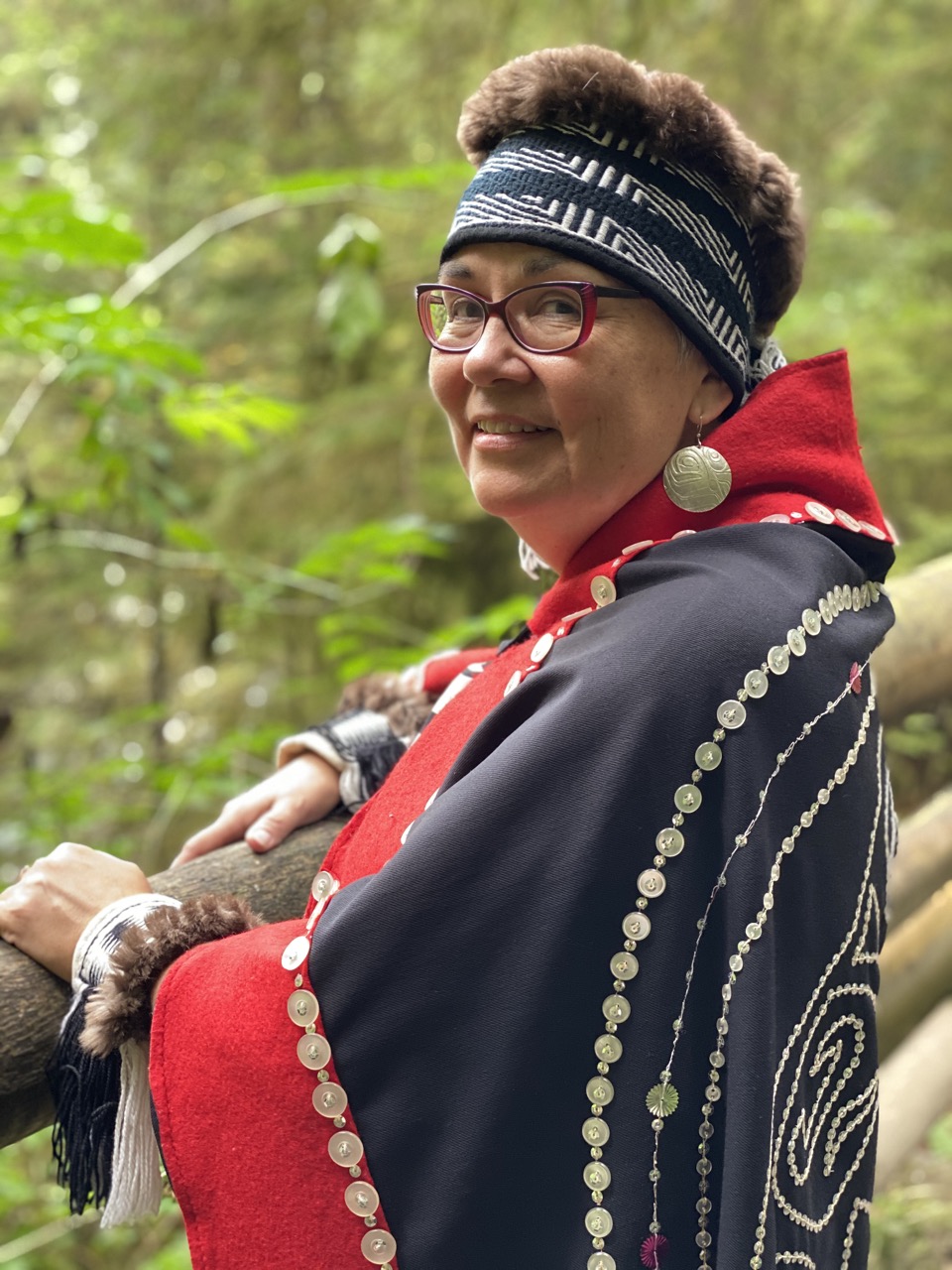 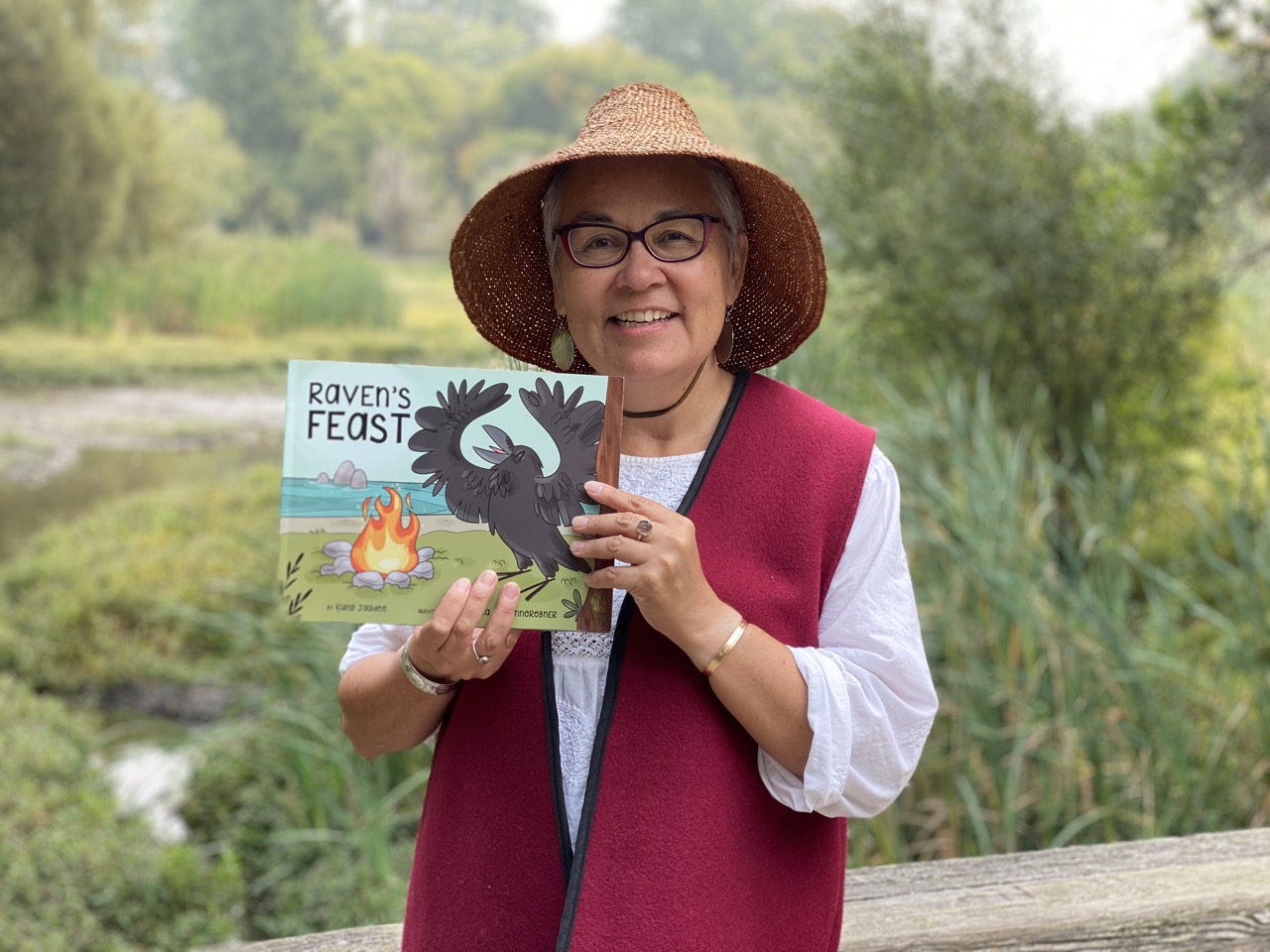 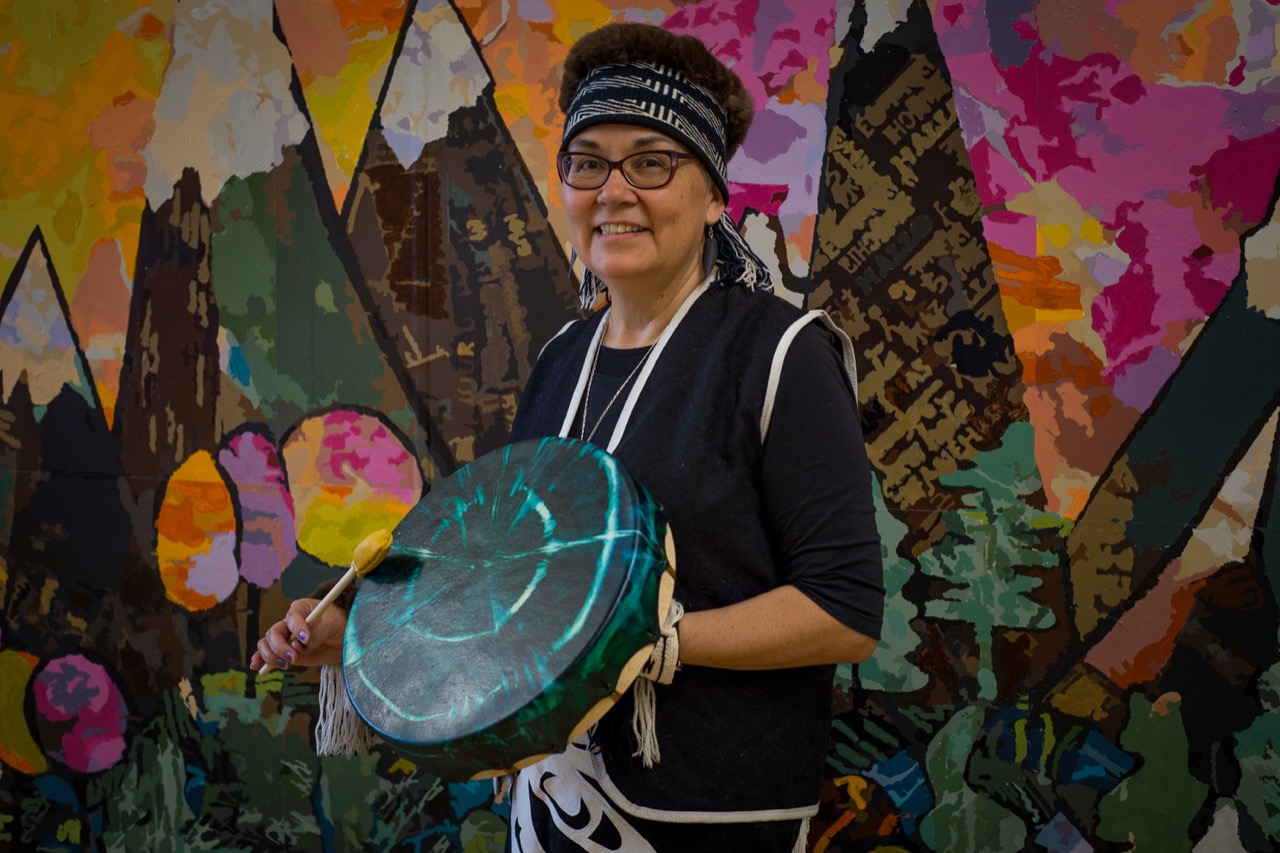 You can book Kung Jaadee for in-person performances of Haida and Squamish Stories or keynote presentations.